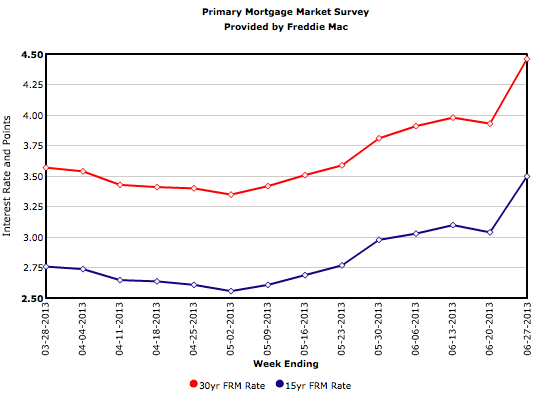 Freddie Mac’s June 27 release of results of its Primary Mortgage Market Survey® (PMMS®) shows average fixed mortgage rates jumping along with bond yields amid recent Fed remarks that it could begin tapering its bond purchases later this year. The average 30-year fixed-rate mortgage rose from 3.93 percent last week to 4.46 percent this week; the highest it has been since the week of July 28, 2011. This represents the largest weekly increase for the 30-year fixed since the week ended April 17, 1987.